Looking for the best Python classes near you in Dubai? Well, if you are planning to learn Python Programming in Dubai, PINNACLE Education offers you one of the best Python online & classroom training in Dubai. Upon completion of the course, you will receive KHDA Certification in Python. Python Basics & Python Advanced courses registrations are open now.

For more details on the availability of our Training Program

Python is a general-purpose, versatile, and widespread programming language. It is outstanding as a first language since it is concise and easy to read. It is a valuable language to any programmer as it can be used for various applications right from web development to software development and scientific applications. Even though it is ideal for data science and automation, the Python Programming language can be applied for building a wide range of applications for a variety of platforms.

According to TIOBE, Python is listed among the top programming languages. There are almost a million websites that use Python. Python has equal value among start-ups such as Finance Strategists, mid-size companies such as EP Wealth, blue-chip companies like Google, Netflix, Quora, and Spotify, and government organizations like NASA.

You need to have the basic knowledge of computers.

You need to have the basic idea of Python programming, or you must complete Level 1 of the Python course before taking this level.

Who is this Python Course for?

This course is intended for professionals/students who aim to become experts in the Python field.

PINNACLE Innovation and Education is approved by the Knowledge & Human Development Authority (KHDA), Dubai. All of our courses and trainings have undergone the necessary certification process and are officially acknowledged and approved by the authority 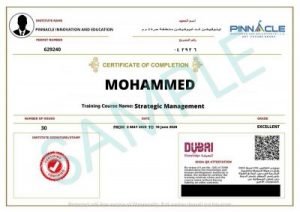 PINNACLE certified courses by PINNACLE Innovation and Education are designed for those willing to challenge themselves and go the
extra distance. Participants who fully attend our course and successfully complete the test on the last day, will receive a

PINNACLE Certificate .PINNACLE certificates are regionally recognized and can be quite valuable when the child is applying for the competitions within the school or outside. Data Science is one of the hottest professions of the decade, and the demand for data scientists who can analyze data and communicate results to inform data driven decisions has never been greater. This course will start from basics of data analysis in python by going through several useful libraries and their functionalities 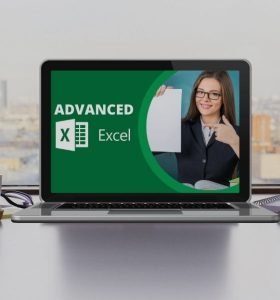 Microsoft Excel is the most used spreadsheet program in the world, as well as a strong data visualization and analysis tool created by Microsoft for Microsoft Windows and Mac OS X. It highlights computation, graphic tools, pivot tables and macros for automating repetitive tasks using Visual Basic for Applications. Everything you ever wanted to know about Python Training Course in Dubai, please click here.